I am far apart physically from Japan, but I love Japan and Japanese culture:) I introduce you my favourite Japanese items. 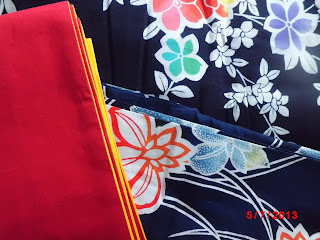 This is Furoshiki, my friend gave me. Furoshiki are a type of traditional Japanese wrapping cloth that were frequently used to transport clothes, gifts, or other goods. They are still used as wrapping cloth and also as a interior accessory. 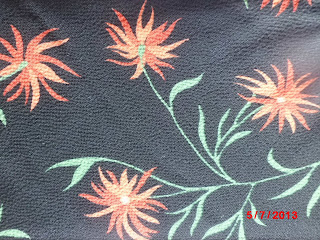 I love this purse. I received this from a woman I met at a part time job. This is made from old Kimono. Also I have gave similar things as present to my friends. 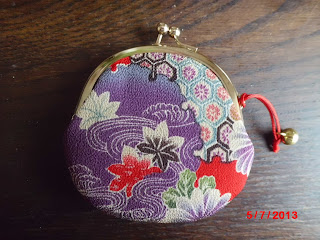 This is a scarf. I received this souvenir gift from my ex-boss's wife. Interestingly, this Japanese fans and flowers designed scarf came from the Metropolitan Museum of Art in NY. 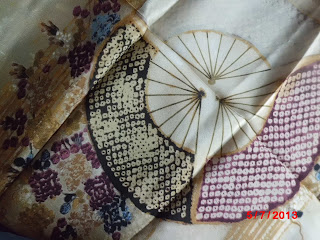 The beautiful Japanese paper is called Washi, made by traditional methods. My grandmother used to make Japanese paper doll, so these are very familiar to me. I have some for crafting. 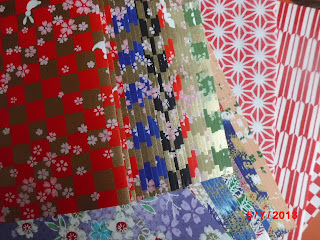 When I travelled to Hakata, I bought this Hakata-ori purse. Hakata ori (woven textile) is a local folk craft with 760 years of tradition. Its weaving technique was originally brought to Japan from China by a local merchant of Hakata, who added a distinctive touch to the original technique and created Hakata-ori. The textile is completely different from Tohoku district I grown up . 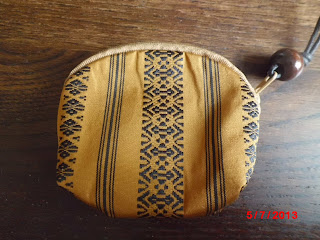 Every time I visited Kyoto, I bought a pair of  "Kai-awase". It's one of the oldest games in Japan, which consisted of 360 shells in a full set. Nobility played to find two shells bearing the same image painted on the inside, judging only by the outside, which retained its natural look. I love this. 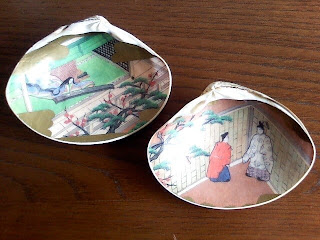