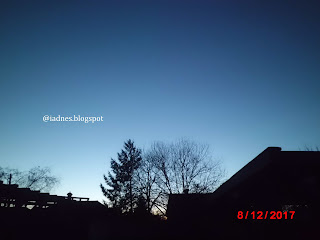 The parcel from my mother arrived. There were traditional and regional snacks 'ika-sembei' in it. They are biscuits with squid flavour:) This cookie itself is called Nambu Senbei, a regional snacs in Aomori and Iwate prefectures (northern Japan), specifically where they originated from the old clan area of Nambu. It was a Japanese samurai clan who ruled most of northeastern Japan for over 700 years from the Kamakura period (c.1185-1333) through the Meiji restoration of 1868.

This is squid flavoured, but the most common Senbeis are sesame seeds and have peanuts in them. They have a slightly sweet and also a slightly salty taste. This reminded me of our travelling to Hirosaki, Aomori last year. Because when we visited there, we tasted this snack freshly baked with peanuts. 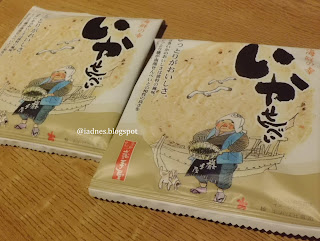