The phenomenon in which local shops have closed down in town/city centres isn't anything new. Some reasons are that people use internet shopping, go to big chain shops in the outskirts by car and so on. Now, it's a car society. People use a car, so the services of public transport are decreased. And also people don't use public transport very much because of few services.

After I moved to the UK, I was surprised that there is no bus service on Sunday (not in every town/city). Having a car itself is not bad, but one household having several cars is not uncommon even if they don't have enough car parking space.

I often use the public transport, because we don't have a car (driver's license itself). I am a self-styled eco-friendly person. Once you get used to it, you don't feel inconvenience very much. But it depends on where you live.

Recently, I've enjoyed travelling and walking with my friend by making full use of the public transport. Seems it's rare in this country, many people use their car. It is not unusual that we are the only customers who are riding on the bus at the end, like a chartered bus.

The other day, we explored the possibility of full use of the train and bus service, and made perfect plan to visit a lovely town Eye and a small village Hoxne in Suffolk. It was quite a tight schedule due to the bus running 3 per day from Eye to Hoxne. After we strolled around the castle, church and town in Eye, we were supposed to get on a bus to Hoxne. Since we still had a time till the bus, we'd been walking around. And suddenly we saw a bus passed by and confirmed the bus number from the back. It was THE bus we were suppose to get on. It was 10 minutes earlier but it didn't stop to adjust the time. Consequently we missed the bus and couldn't visit Hoxne. 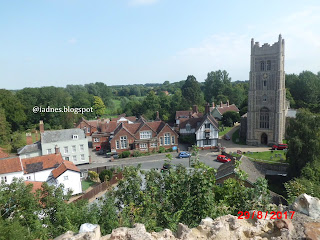 On another day, we asked a bus driver if we got a return ticket and we could get on another number's bus on a way back (same bus company, a departure and an arrival point is the same, but the route is  different). But seemed the driver didn't know. He said '...well... I would say, why not?' Ha? Did he say 'why not'? What the hell of  the answer 'why not'??? Even though the bus services are few, sometimes driver's inconsiderate action makes me disappointed...
posted by i-ADNES At 20:16

Email ThisBlogThis!Share to TwitterShare to FacebookShare to Pinterest
labels: my life, the UK 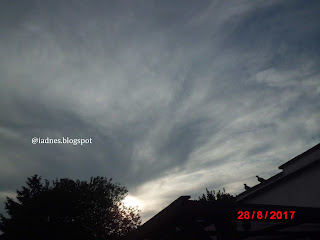 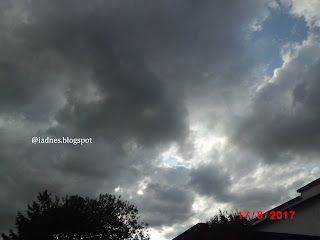 I love summer. I love blue sky and hot weather. We had a wonderful summer holiday in Crete, and now enjoy the life in the UK under the grey-ish sky. Summer events in Japan were my birthday, fire display and the Star Festival.

I received some pictures of Sendai Star Festival from my mother. It started from 6th August, today. There is a jinx that 'there is rain during the festival'. As of the jinx, it seemed rainy... According the weather record of last 16 years, there was rain with more than 55% possibility. It's quite high, isn't it? If there is rain, some decorations become covered by vinyl like the picture below with no roof, because the decoration is made of paper. But you can enjoy the festival whatever the weather is like, because there are shopping arcades. 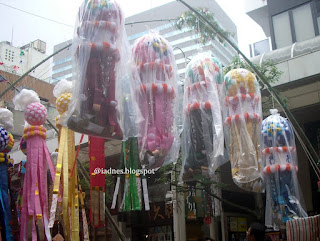 Different from other festivals, this festival is calm rather than active. Because you just walk through under the colourful decorations. In other words, you can enjoy seeing and touching this festival at your own pace. Local festivals are likely to become an ordinary event for local people, but I think they are always beautiful. 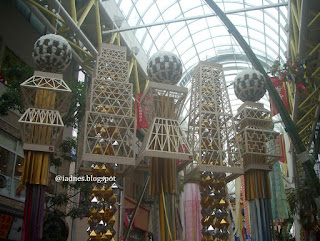 These consist of thousands of origami cranes to wish world peace. I joined this project when I was a student and made some cranes. I taught origami to children locally during this month. They are so quick to master them! 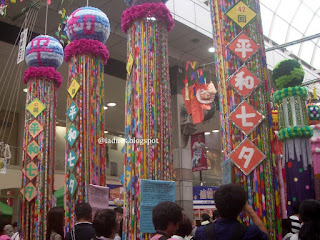 My mother sends me pictures of the festival every year, and I think I miss it very much. This is the moment that I realise I am from Sendai. These are some other decorations of this year. 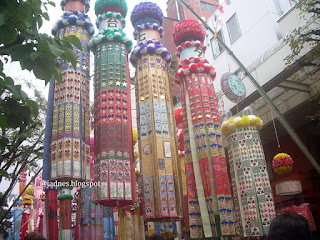 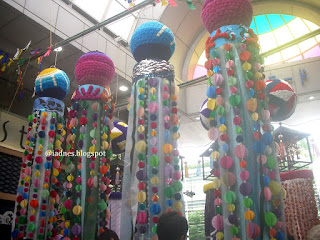 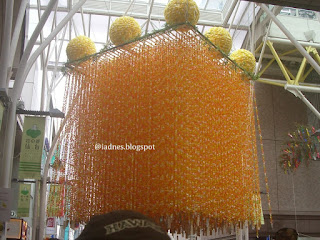 I often go for a walk with my friend. At the beginning, there was no problem. We were just excited and enjoyed walking. But as our experience becomes broader, we started to have a fear against dogs at farms. Originally I am scared of dogs, because of bad childhood experiences, but I've coped with it somehow.

We've already had a few bad experiences with dogs, by barking and chasing. WE also saw a scary dog with evil eyes and sharp canines. It was inside a low fence, and barked at us while we passed by. We thought it might jump over the fence and felt scared. It's ok if they are inside the gate, but some farms leave the gate open and their dogs walk around freely without leads. I can understand that they are guard dogs to keep farmer's property and livestock, but why do they leave them freely on a public footpath? Different from other pet dogs, they are so aggressive, because they are trained to guard the farm.

Since then, we feel scared every time we approach the farm or hear dog's barking...We sometimes made a detour to avoid scary 'DOGS'!!

The other day, we found this. I don't know who wrote this. It was hanging on the gate on a public footpath. Landowner or whoever wrote this, it causes walkers to feel completely unpleasant and gives a bad image! I love walking but how can I treat my farm-phobia??? 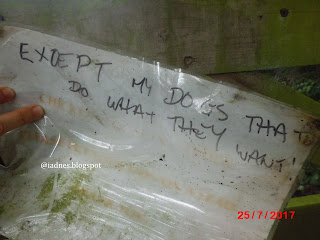