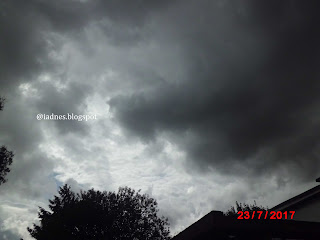 In our kitchen, the old roller blind was hanging by the window, which seems it had been there for a long time perhaps before the big mouse moved in. It was a yellow colour, but I wanted to change it to green-ish since our kitchen theme colour is green. I had 2 minds; to change a fabric for the roller or to hang a newly café-curtain.

Since I got a nice curtain sample (again!), I decided to remake it into a roller blind. I didn't know the roller blind structure, I referred the magazine 'Handmade Interiors' which introduces how to make cushions, blinds and soft furnishings. When I dismantled the old roller blind, I realised it's a quite simple structure, but this magazine was helpful and tells some techniques. 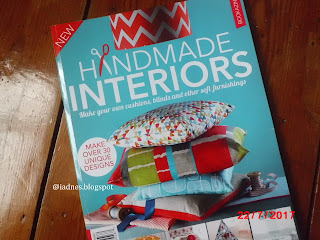 First, I undid a seam. It's extra work, but I don't mind. The sample curtain was only 1 pound anyway. And I just measured, cut, sewed and attached the pole. The sample curtain was longer than its width, but I used the fabric with the longer side at the top. The design is not too assertive, and it suits our kitchen. At last, our kitchen curtain is upgraded. I am very satisfied with this. I still have a lot of home projects:) I will do them bit by bit. 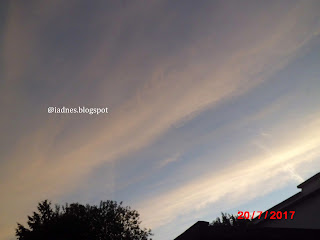 On the parcel from my Japanese friend, there were lovely bears' stamps. :) 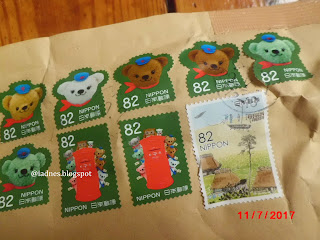 We came back from a holiday. It was the first proper summer holiday since we got married. Our destination was Crete, Greece. It was the first visit for us. Soon after we arrived at Heraklion airport and got a taxi, I was quite excited in the taxi. Speaking of Greece, I only had images vaguely of the Parthenon in Athens, clear contrast of blue ocean and white buildings, yogurt and so on. But as for Crete, I had nothing, apart from a blue sea and historic places. Travelling abroad is very common nowadays, but for some Japanese people, Greece is still far away country compared with the USA or other European countries. My first impression of Crete was 'rocky'. I knew it's Mediterranean climate, but I didn't imagine such steep, rocky and craggy mountains are there. I looked up and felt very strong natural power from them. Another surprise was the number of cicadas. It's a familiar insect for Japanese people, and if you go to around Osaka or Nagoya cities, you will notice their noises. But they are a different kind of cicadas and different sounds. I thought, at first, it was birds or something. 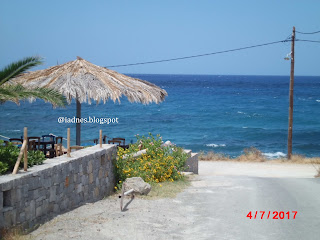 Why is the ocean so blue? The ocean near my hometown is always dark green. It is perhaps because of limestone or reflects the colour of the sky. Whatever the colour is, the sounds of waves beating the shore makes you always feel relaxed. Just sit near the land meets sea and listen the sounds. It takes all the worries away from your busy head and gives you a sense of peace. It also shows the greatness of nature and how trifling people's existence are. 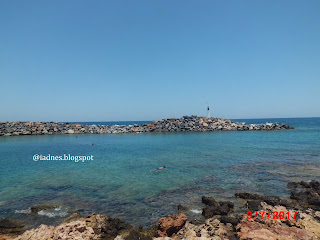 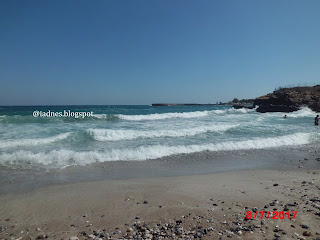 Our holiday was great. One day we joined a bus tour to Knossos and Iraklion, but apart from that, we spent most of the time in a small resort village Sissi, exploring around, enjoying beach and pool and relaxing in the hotel garden. This time, I learnt how European people spend their holidays. When it comes to travel to abroad, Japanese people tend to move around busily as much as they can, try not take their eyes off from everything, since they've come all the way to a far away country. I was one of them. I don't deny that way, but this time I found it's nice to know narrow but deep rather than shallow and wide. It helps to treasure your memories clearly. It's perhaps a sort of privilege of living in Europe, because European countries are close together.
posted by i-ADNES At 15:45 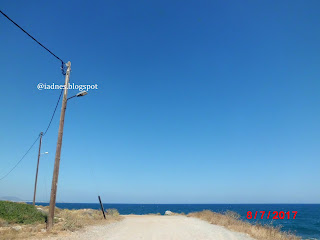 I got a free gift from a magazine and tried to make it. It is called Hamish the Herring. It reminded me of a saury fish because of its long shape and being a very familiar fish for Japanese people. We usually eat it salted and grilled, garnished with grated mooli (radish) and a wedge of lemon. Anyway, I sewed this by sewing machine and used lovely blue shell buttons. It was easy to make for a beginner. It might be nice to make a couple and hang them together. I am going to hang this in the kitchen or bathroom. :) 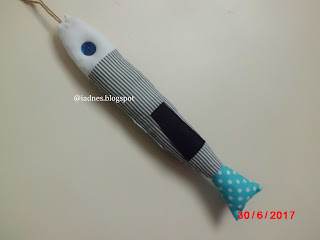