We passed Tsukiji Hongwanji. It's a Jodo Shinshu Buddhist temple. Originally, the temple was located in Asakusa in 1617. After it was burned down by the Great Fire of 1657, it was moved to today's Tsukiji, because the shogunate didn't allow to rebuilding at the original site due to a prior project there. The present temple was built between 1931 and 1934, and this unique design was influenced by old temples in India.

When we passed there, a event was held. Mmm... there was a yellow and green creature... It seemed vaguely familiar something... Have I seen it before or not...? I was not sure... A local mascot,so called 'Yuru-kyara' (unsophisticated character) is popular in Japan, which is usually promoting a region, event and so on.

I checked the website of Tsukiji Hongwanji. It said that a creature is called 'Karuran', it's their local mascot. 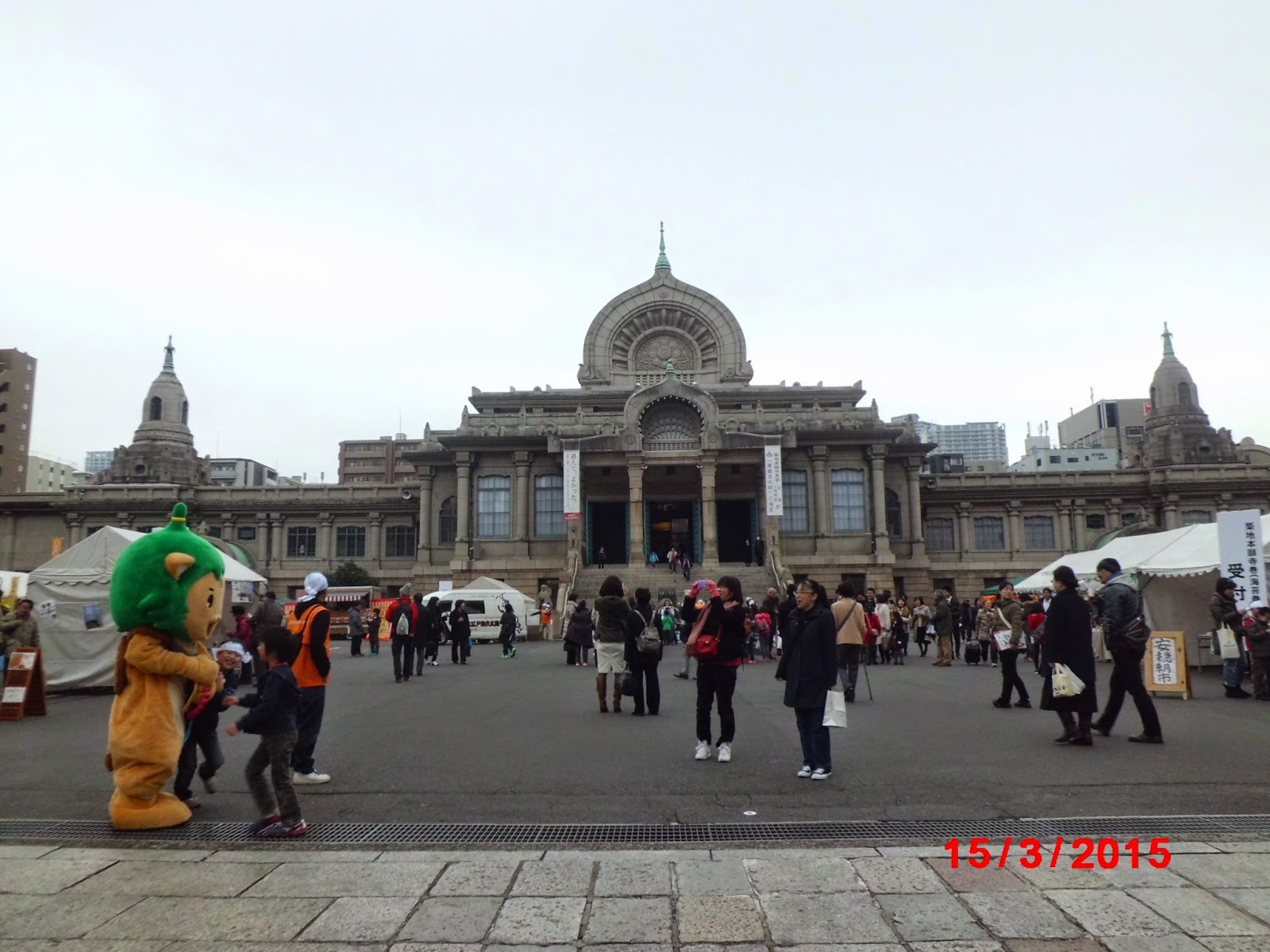