Holland is another name for the Netherlands. And it's a kind of love code as well, because it stands for 'Hope Our Love Lasts And Never Dies' :) This was a code that was first used by British and American couples who wrote love letters to each other in the world wars, when the man was away fighting.

Email ThisBlogThis!Share to TwitterShare to FacebookShare to Pinterest
labels: favourites

I think I have a bit of a warped personality. I don't like to do the same thing as other people, but I have a tendency to feel comfortable when doing the same thing as everyone else, maybe because of national and personal character, and our education system. I always fight an inner struggle with the gap, consequently it built my warped personality. But also I have prided myself on it.

I wrote my New Year's resolutions on my blog, one of them is to do self-management and build my confidence. To do that, I need to learn my real identity. For middle aged people and old people, it's not easy to change your personality, because it's already formed hard like rocks. When your shortcomings are to be pointed out, you lose your control and get upset. I don't think I am an exception. But I believe it's possible to change, depending on your efforts.

I bought a self-help book for the first time. Honestly I had a feeling of dislike reading such kind of book, because I have always prided myself. And I think I won't buy such a book anymore, because many books give you more challenges, and they just make things more complicated. The book said that every difficulty has a solution, and if you don't have a difficulty, that is a problem for a person. That's right. If you avoid difficulties, you can't grow as a person. The book also shows the way of thinking when you have a difficulty. Although I know it, the book makes perfect sense.  I train myself to be flexible and to give space to myself. Good luck to me :)

Email ThisBlogThis!Share to TwitterShare to FacebookShare to Pinterest
labels: books, my inner voice

When the 2002 FIFA World Cup was held in South Korea and Japan, anxieties about football hooligans were highly publicised in the news. I learned the word 'hooligan' when football became popular in Japan. 'Hooligan' means a noisy and violent person who causes trouble by fighting, shouting and so on. It was synonymous with a 'yob'. A girl version of yob is 'yobette'.

I think there are yobettes in every country, but it's interesting that the number of yobettes is growing. Why have they adopted all the worst characteristics of male yobs? The UK is (was) known as the country of the British lady or British gentleman, but in fact it has now been taken over by yob and yobette culture. It's amazing. Are they under pressure of stress? Could be. Did alcohol create a great change? Or do they have a dual nature, like Jekyll and Hyde? They seems like total opposites, but the line between lady and yobette may be very fine:)

Email ThisBlogThis!Share to TwitterShare to FacebookShare to Pinterest
labels: the UK, world

Today is the anniversary of the Great Hanshin Awaji Earthquake. It's been 17 years since it happened. I still remember the moment when I turned on a television in the morning. I couldn't believe my eyes and also couldn't understand what was happening at first. It was a horrible scene.

Japan is well known for earthquakes. We should not forget this disaster.
posted by i-ADNES At 14:38

Email ThisBlogThis!Share to TwitterShare to FacebookShare to Pinterest
labels: earthquake

In my 20's, I bought many clothes, high heels and bags. I always wore 5-7cm high heels for work. One of the reason was that I had a complex about being short. I was not really very fashionable, but such items were a sort of status symbol for me.  Dressing up was something like armour to cover up my weakness. I think it's the manifestation of ambition, women tend to buy shoes and bags when they try to improve themselves from both outside and inside.

In my 30's, I started to seek comfortable shoes, became more flexible and now I can accept low heeled shoes. And also I feel happy as being in good health that I didn't care when I was young. Ten years later or a few decades later, people occasionally become the person you've never expected. Sometimes it's good and sometimes it's bad.

My grandmother was admitted to a hospital because of bone fracture. She fell down on a cold night, and couldn't move on a tatami-mat. She was found by her son in the early morning. It was happened when she is pushing age 97. It was the second time she broke her leg. Until then, she was very normal, but she changed after surgery. She was modest and didn't express her emotions. I haven't seen crying her even when her husband died. But now she mentions her dissatisfaction, sometimes becomes forgetful and confuses reality with dreams. When she broke her leg ten years ago, she was discharged from hospital with extraordinary resilience. But now ten years have passed, and we worried about her physical strength, and she might become more forgetful.

Everybody, rich people and beggars, the most beautiful women, must get old, but we need to accept becoming old. I want to age well. One of the famous Japanese waka poets, Ono-no-Komachi is a symbol of a beautiful woman in Japan. She composed this poetry (Japanese classics);

The flowers withered,
Their colour faded away,
While meaninglessly
I spent my days in the world
And the long rains were falling. (Translated by Donald Keene) 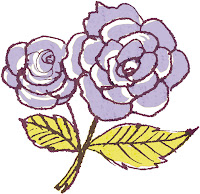 14 January is Dontosai (Donto Festival) in Sendai. It's the oldest festival in Miyagi. People bring their New Year's decorations to a temple or shrine, and burn them in a big bonfire to wish for their health and prosperity. Some folks from companies walk to the shrine wearing only some white cloth wrapped around them, holding a bell and a lamp, and a piece of paper in their mouth.

I went to Toshogu again. I didn't see such parties because it was a bit early, but the shrine was pretty crowded. It was a cold day, about zero degree Celsius at that time. The big bonfire reminded me of Guy Fawkes Day in England. Some children shouted "Fire! Fire!" Everywhere children do similar things:)
http://iadnes.blogspot.com/2011/11/guy-fawkes-day.html
﻿

Email ThisBlogThis!Share to TwitterShare to FacebookShare to Pinterest
labels: Sendai

Kotaro Takamura (1883-1956) is one of famous Japanese poets and is known as a devoted husband who loved his wife Chieko:) I like his passionate poets.

Lemon Elegy by Kotaro Takamura, translated by Paul Archer.
You had been so waiting for a lemon
In your sad and white and bright deathbed,
Your perfect teeth bit with a crunch
Into the lemon you took from my hand.
A topaz coloured scent arose.
Those few drops of heavenly lemon juice
Suddenly made you normal again.
Your shining lucid eyes smiled gently,
You gripped my hand with such a healthy strength!
Though there was a storm in your throat,
In these last moments of your life
You became the old Chieko again,
You focused a life of love into one moment
And then you took a big breath
Like on the mountain peaks long ago,
And in that breath your engine shut down.
Today, once again, under the cherry blossoms
By your photograph, I'll put a coldly shining lemon.
Paul Archer; http://www.paularcher.net/translations.html
posted by i-ADNES At 16:17

Email ThisBlogThis!Share to TwitterShare to FacebookShare to Pinterest
labels: books

Ten months have passed since the earthquake happened. As of 12 January, 3,450 people are still missing, even with search parties operating to find them. People who lost their houses and possession now live in temporary housing provided by local governments. They can live there for two years, but they still suffer from a high degree of anxiety for their future. I feel there are large differences of feeling by individual or region.

When I started primary school, the school building was repaired due to the earthquake of 1978. We studied at a temporary prefabricated building in the school yard. We were pleased to move to the new building after repair work finished. I think that it was when I was 2nd grade. The primary school I went to is located within a 10-minute walk from my house. That building has been closed and students now study at other buildings. It has been decided that the building will be demolished and rebuilt because the basement was hugely damaged. It will take a year for demolition and two years for rebuilding. I'm sad to hear that the buildings which hold so many memories will be vanished away, but the new safe building will be good for the children. Over 50 school buildings have now closed in Miyagi prefecture. 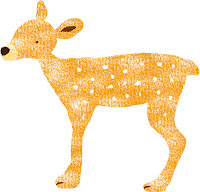 Email ThisBlogThis!Share to TwitterShare to FacebookShare to Pinterest
labels: earthquake

9th January (the second Monday) was Coming of Age Day in Japan. The ceremonies are held throughout Japan. I saw some young people who dressed up with Kimono. How many years ago did I celebrate it? Well, well... I am getting old but still young at heart.
posted by i-ADNES At 14:43

Email ThisBlogThis!Share to TwitterShare to FacebookShare to Pinterest
labels: my inner voice

2012 started. ﻿The New Year is a time to make a fresh start. Did you set your goal? Several days have already passed, but let's try setting your goals for this year if you haven't! My new year's resolutions are;

Email ThisBlogThis!Share to TwitterShare to FacebookShare to Pinterest
labels: my inner voice, my life

Hatsumoude means New Year's visits to shrines. Most Japanese visit shrines not for religious reasons, but rather to pray for things such as good health, business prosperity and hold a mass. I visited Tosho-gu in Sendai this morning, where I always visit at New Year's. Tosho-gu shrines are found throughout Japan. I was born in the hospital located close to Tosho-gu in Sendai, so it's a familiar shrine for me. Unfortunately the hospital was closed several years ago...

I prayed for happiness and a healthy year. And also I bought Omamori (a lucky charm) and drew Omikuji (sacred lots) because of my tradition. Omikuji tells your fortunes for the year, you choose one from a box. Mine was 'Future blessing'. Mmm...it was not so good. When the prediction is not good, attach it to a trees or wires in the shrine grounds.
posted by i-ADNES At 10:01